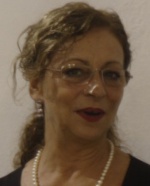 Three of the most influential thinkers of
the 20th Century died on this day in 1963 - C.S. Lewis, Aldous Huxley and John
F. Kennedy.
Lewis and Huxley were both noted as literary visionaries -
Lewis adored for his Chronicles of Narnia series,
and Huxley the symbol of a Brave New World.
Rounded out by one of the most popular and progressive presidents
in the history of the United States, John F. Kennedy,
November 22 calls for remembrance of our lost utopian dreamers.